Before Cinco de Mayo superseded it, at least in Mexico and now in much of the US, May 5 was remembered and celebrated by Catholics as the feast day of the great Pope St. Pius V, Michael Ghislieri. The neglect of St. Pius V’s feast day not only provides a grim reminder of how once Catholic Mexico has imbibed the tenets of secular humanism, but it shows again the utter contrast between the pre-Vatican II Papacy and Church, and the Conciliar monstrosity which was diabolically launched in the 1960s.

Any comparison between the current occupant of St. Peter’s Chair or for that matter any of his Conciliar predecessors to the holy life and the magnificent reign as pope of St. Pius V is now surely blasphemous! If a comparison is to be made, Bergoglio should be considered the anti-St. Pius V!

St. Pius V’s elevation to sainthood demonstrates again that the Church for all ages is something quite different after a couple of generations of Modernism led by the likes of Bugnini, Montini, Wojtyla and Ratzinger.

The monumental accomplishments as pope, despite a comparatively short reign, and the personal sanctity of St. Pius V are beyond reproach. He was recognized as a “servant of God” long before he passed away. Yet, after his death on May 1, 1572, he was not canonized until 1712. Moreover, he and St. Pius X, the great foe of Modernism, were the only two pontiffs canonized in the last 500 years! Becoming pope was no guarantee of sainthood in the True Church as Dom Prosper Gueranger writes:

Pius V did not receive this honour till about a hundred and thirty years after his death: so impartial is the Church, when she has to adjudicate this highest of earthly honours even to her most revered Pastors!*

Does one have to bring up how Newchurch has totally corrupted the process? The whole thing is a farce! It is so blatant that the speedy elevation of the Conciliar popes has been done to legitimize the Conciliar Revolution.

In a sense, however, the Conciliar popes are deserving of their Newchurch sainthood status, for they were instrumental in pushing through the vast changes which transformed the Church of St. Pius V into the current non-Catholic structure.

Only when the occupants of St. Peter’s Chair look to St. Pius V as a model for papal rule, will the office and Church become Catholic once again. 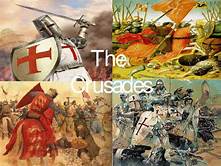