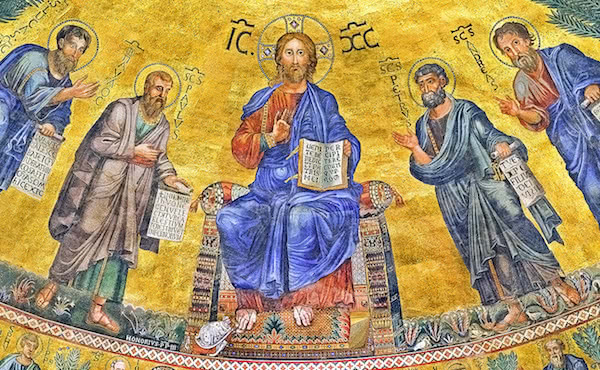 Christ the King and the Saints

St. Gregory and the Crusades

The recent feast day (May 25) of St. Gregory VII – Hildebrand – shows again that while it was Pope Urban II who “officially” called for what would later become known as a “crusade,” the idea of it had stretched back in Christians’ consciousness for centuries.  Just prior to Urban II’s declaration at Clermont, his predecessor, St. Gregory, preached liberation of the Holy Land from Muslim control and had it not been for his continuous battle with the German Emperor Henry IV, St. Gregory may have carried his dream to a successful conclusion.*

The idea of an armed expedition to liberate the Holy Sepulchre and other Christian sites had not only been on the mind of the great pope, but it had been an aspiration of many Christians since the Muslim conquest in the seventh century.  Hildebrand’s saintly life doubtlessly inspired not only future popes, but Christian princes, knights, and the general populace.  Dom Prosper Gueranger in his magisterial Liturgical Year wrote:

And yet, Gregory was that Father of the Christian world who, from the very

commencement of his pontificate, was full of the thought of driving the Mahometans

out of Europe, and of delivering the Christians from the yoke of the Saracens.  It was

the inspiration taken up by his successors, and carried out under the name of the

In a letter to the Faithful, St. Gregory pleaded with his flock to take up arms and relieve their fellow Christians from the “outrages” and “cruelties” that they had been subjected to:

If we love God, if we call ourselves Christians, we must grieve over such evils; but

we should do more than grieve over them.  Our Savior’s example and the duty of

deliverance of our fellow-Christians.  Know then, that trusting in the mercy of God

and in the might of arm, we are doing and preparing everything in our power in

order to give immediate help to the Christian Empire.***

The Vicar of Christ told the then Emperor Henry IV, that he himself would lead an assault which was assembling in response to his plea:

favorably received.  At this moment, fifty thousand men are preparing; and, if they

can have me to head the expedition as leader and Pontiff, they are willing to march

to battle against the enemies of God, and, with the divine assistance, to go even to

The aged pontiff not only had liberation of the Holy Land in his mind, but sought the reunification of Eastern and Western Churches:

There is one thing which urges me to do this: it is the state of the Church of

Constantinople, which is separated from us in what regards the dogma of the Holy

Ghost, and which must be brought back to union with the Apostolic See.  Almost the

whole of Armenia has abandoned the Catholic faith.  In a word, the greater portion

of the Orientals require to know what is the faith of Peter, on the various questions

which are being mooted among them. . . .  We, then also feel urged, if Christ opens to

us a way, to undertake this expedition for the interests of the faith, and in order to

For the study of Christendom and the Crusades in particular, St. Gregory’s call and attempt at the liberation of the Holy Land is important.  That his pontificate was severely hindered by the nefarious activities of Henry IV evidenced the growing power of secular authority at the expense of the Church and the nobility.  It must be remembered that when Urban II called for a crusade, a decade after St. Gregory’s death, the response came from the great princes and dukes not the monarchs.

By far, the First Crusade was the most successful, while those that followed which were kingly led, accomplished little.  While amassing power at home, the monarchs failed in their Christian duty to the Church, popes, Christendom and, ultimately, to their Maker.